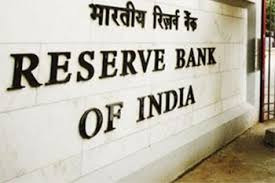 Whose signature is found on one rupee note in India?
Finance Secretary (It is used by Ministry of Finance).

Where would be the first printing press for bank notes was establishing in India?
Nasik (Maharashtra). This was established in the year 1928.

The amount of currency is written in how many languages on Indian currency note?
17 languages.

Which was the first note issued by the RBI in India?
Five rupee note (having King George VI’s portrait).

Who is the final authority for deciding the design form and material of bank notes in India?
(a) Central Government
(b) Reserve Bank of India
(c) Indian Banks Association
(d) Note Issuing Authority of India

Under Section 19 of the Reserve Bank of India Act, 1934, The RBI has been prohibited from
(a) Making loans or advances
(b) Drawing or accepting bills payable otherwise than on demand
(c) Allowing Interest on Deposits or current accounts
(d) All of the above.

Drawing, accepting, making or issuing of any promissory note, hundi or bill of exchange expressed to be payable to bearer on demand by a person other than the RBI or the Central Govt. is prohibited under
(a) Banking regulation Act, 1949
(b) Section 31 (1) of the RBI Act, 1934
(c) Negotiable Instrument Act, 1881
(d) Indian Contract Act,1872

The opening branches by banks is governed by the provisions of
(a) Section 23 of the Banking Regulation Act, 1949
(b) Section 24 of Reserve Bank of India Act, 1934
(c) Section 131 of the negotiable
(d) Section 45 of Banking Nationalization Act 1969

With Which one of the following will setup core banking infrastructure for Rural Banks?
(a) RBI
(b) NABARD
(c) SIDBI
(d) IBA

Which of the following is the sole authority for issue of currency in India?
(a) Government of India
(b) Reserve Bank of India
(c) Controller of Currency
(d) All of the Above.

In a period of depression when the RBI needs to encourage the banking system to create more credit
(a) reduces the bank rate
(b) raises the Bank Rate.
(c) permits the bank rate to be decided by market forces
(d) All of those


Which of the following is not a measure adopted by the govt? of India or RBI to control inflation?
(a) Monetary Policy
(b) Fiscal Policy
(c) Public Distribution system
(d) Price Control
(e) Financial Inclusion

Whenever RBI does some Open Market Operations (OMP) transactions, IT actually wishes to regulate which of the following?
(a) Inflation only
(b) Liquidity in the economy
(C) Borrowing powers of the banks
(d) Flow of foreign Direct Investments

The RBI fixes the interest rates on which of the following deposit schemes?
(a) Recurring Deposits
(b) Savings bank.
(c) Fixed deposits above 5 years maturity
(d) Flexi Deposit Schemes.

Which of the following is not a function of the Reserve Bank of India?
(a) Exchange control functions
(b) Fiscal Policy Functions.
(c) Monetary Authority Functions
(d) Supervisory and Control Function.
(e) Insurance, exchange and destruction of currency notes

Which of the following is not a function of the RBI?
(a) Maintaining Forex
(b) Currency Management
(c) Deciding Bank Rate, CRR, SLR from time to time.
(D) Opening Savings Bank Account for general public.
(e) Prescribing the Capital Adequacy Ratio.

If a customer wishes to purchase some US dollars in India. He/She should go to
(a) Public Debt Division of the RBI
(b) American Express Bank Only
(c) RBI or any branch of a Bank which is authorized for such business
(d) Ministry of Foreign Affairs

The RBI asked banks to spell out their policy, procedure, and size of the business which of the following aspects of banking?
(a) On-shore banking
(b) Off-shore banking
(c) Investments in secondary market
(d) Wealth Management

Who issues treasury bills and what is mean by Treasury Bills?
A Financial Instrument issued by the Reserve Bank of India (RBI as the agent of central government) for short-term borrowing 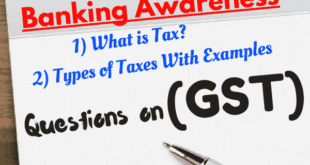