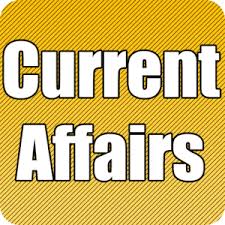 1. Which is the World’s first region completely wiped out the disease malaria with zero cases in 2015 as per World Malaria Report 2015 by WHO?
Europe.

2. What is the theme of 8th International Seminar on wheat and wheat products going to be held in Panaji (Goa)?
‘New Ideas & Innovation of Growth’.

3. Who has been honoured with France’s one of the top awards ‘Order of Arts and Letters’?
Tara Gandhi Bhattacharjee (Granddaughter of Mahatma Gandhi).

5. Which PSU bank is the top mobilizer of gold under ‘Gold Monetization Scheme’ (GMS)?
Punjab National Bank (GMS is launched by Prime Minister in November 2015 and PNB has mobilized 1311kgs of gold since November).

6. Who is the Managing Director(MD) of Punjab National Bank(PNB)?
Usha Anantha Subramanian.

7. ADB has approved the project loan of $300 million for the upgradations of 400 kms of which state government?
Uttar Pradesh.

8. Which is the first private sector bank to open a specialized branch for startups?

9. According to the 6th edition of Randstad Award 2016, Which IT company has emerged as the India’s most attractive employer?

11. Who is the Chief Executive Officer of Niti Aayog?
Amitabh Kant