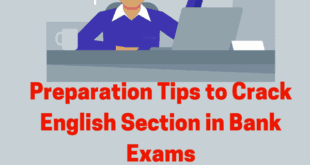 How to Crack English Section in Bank Exams? -SBI clerks 2018 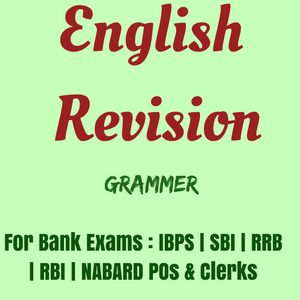 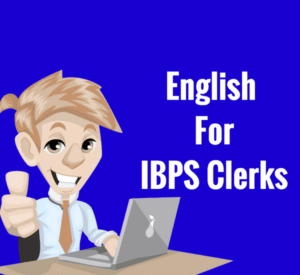 I. To answer these questions choose the part of the sentence which is not appropriate in standard English.

1. (e). Name of the newspaper is preceded by an article ‘the’, it should be ‘The Times of India’.

2. (b). Trouser is always used in the plural form.

3. (c). Since the article used ‘a’ has been used before two furlongs must be used as the single unit, so the correct usage will be two furlongs.

5. (d). ‘Return’ means ‘to come back’, return back would, therefore, be incorrect use since it will mean comeback so the right usage is only returned.

II. In each of these questions, each sentence has four bold word or phrases marked (a), (b), (c), and (d). Choose one word or phrase that must be changed for the sentence o be correct.

2.2) Alexander Calder, who was originally (a) interested in (b) mechanical engineering later (c) became a sculpture(d) No error.

2.4) Every candidate under (a) considering (b) for a military job must undergo (c) a through medical (d) examination. No error (e).

Answers II:
2.1) (a) ‘Drug Abuse’ is a singular subject so the verb should be the singular ‘has’ not have.
2.2) (d) Alexander became a sculptor (a noun that is a subject) not a sculpture which is an object.
2.3) (d) Reason is a noun which means the cause of an action. The skill is the ability to give reasons, which will be in the form of verb-noun i.e. reasoning.
2.4) (b) Under ‘consideration’, Considering is a verb and cannot be used with the preposition ‘under’ the only noun can follow under.
2.5) (c) The word used before the verb ‘used’ will be an adverb, not a noun, thus the correct use will be ‘commonly’ and not common.

III. In each of these questions, one sentence is split and written in four portions . Each sentence is a complete but contains an error. Choose the portion of the sentence with the error.

3.1) (d). ‘while’ is used for a process or series of events, but he comes is a single event for which , when , should be used as referring adverb.
3.2) (b) .Which should be used for things, for people ‘who could be used.
3.3) (b). It is a question in the reported speech, so there must be an if before I.The right sentence will be Ram asked if I would go.

3.4) This part of the sentence should be a noun so, it will be non-smokers.
3.5) ‘Knocking’ is a gerund and it can be preceded by a possessive form. so there is no error.