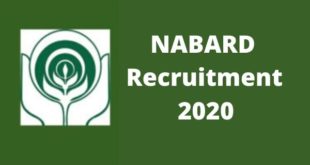 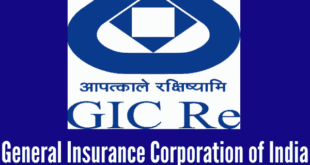 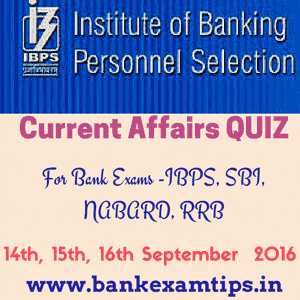 Who is the president of World Bank for the next 5 years?
Jim Yong Kim.

Who will be conferred with Britannia Humanitarian Award at California in October 2016?
Actor Ewan McGregor.

Who is appointed as the brand ambassador of UP farmers scheme of cashless treatment for organ transplantation ‘Samajwadi Kisan Beema Yojana’?
Bollywood actor Nawazuddin Siddiqui

Who is the author of the book ‘Shanti ki Talaash Mein Zindagi’ recently released by the governor of Uttarakhand (K K Paul)?
Radhika Nagrath.

Which country will be hosting the 17th Summit of the Non-Aligned Movement (NAM) on 17th,18th September 2016?
Margarita Island in Venezuela (India’s Vice President is going to attend this summit from India).
Venezula’s Capital: Caracas, Currency: Venezuelan Bolivar, President:Nicolás Maduro.

According to Forbes Magzine, Who is the world’s highest-paid actress?
1st Position: Sofia Vergara (Colombian-American).
8th Position: Priyanka Chopra ((She from India with 11 million dollars).

Who is the newly elected president of UEFA (Union of European Football Associations)?
Aleksander Ceferin.

Who is the author of the short story “People of the Sun” for that she was honored with South Asia Short Story Award “Kumaon Literary Festival’s FON (Fellows of Nature)”?
Meghna Pant (Mumbai).

Who is the Prime Minister of Nepal he came for his bilateral visit to India for 4 days?
Pushpa Kamal Dahal ‘Prachanda’.


According to Global Design and Consultancy Firm Arcadia, Which city is considered as the most sustainable city in the world?
Zurich (Switzerland).

Who won the ‘Duleep Trophy Tournament 2016’ which was held at Noida?
India Blue (Duleep Trophy is presented for cricket).

Which has mobile phone company signed MoU with Haryana govt for an investment of Rs 500 crores to set up its manufacturing hub in Haryana?
Gionee mobile phones.

Which day is celebrated as Hindi Diwas every year?
14th September.

whose signature would be found on the Rs.20 denomination of bank notes in India?
RBI Governor ( RBI will issue Rs.20 notes shortly with new RBI Governor Urjit Patil’s signature).