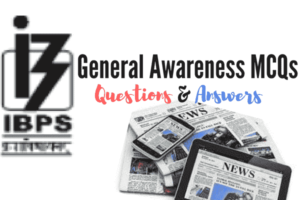 1. who among the following is NOT a prime minister of a country at present?

3. The Malabar exercise was started in 1992 between India and US. which of the following countries became the permanent member of exercise in 2015?
a) South Korea
b)Australia  )new
c) New Zealand
d) Canada
e) Japan

6. The Ramamani lyengar memorial yoga institute has been selected as the first recipient of the pm’s award for outstanding contribution to promotion and development of yoga. The institute is based  in
a)Mumbai
b) Chandigarh
c) Pune
d) Ahmedabad
e) Jaipur

8. India has re-nominated justice Dalveer Bhandari as its candidate for another term as judge at the international court of justice(ICJ), the principal judicial organ of the UN. The ICJ is headquartered in
a) Geneva
b)Paris
c)London
d)Hague
e)Basel

11. Kewal Handa was appointed as the new chairman and part-time non-official director of which of the following banks recently?
a) Bank of India
b) Indian Bank
c) Union Bank of  India.
d) Syndicate bank
e)Canara bank

16) Luanda is the costliest city in the world according to the Mercer’s 23rd annual Cost of Living survey. Luanda is the capital city of ______.
(a) Chad
(b) Angola
(c) Botswana
(d) Madagascar
(e) Ethiopia

18) India and Bangladesh have decided to construct a bridge over Khawthlangtuipui river in which state to facilitate trade and to improve communication between the two countries?
(a) Assam
(b) West Bengal
(c) Meghalaya
(d) Tripura
(e) Mizoram

19) Under the Swachh Bharat Mission Gramin(SBM – G) Which of the following states hasn’t declared itself as Open Defecation free state in the country so far?
(a) Uttarakhand
(b) Himachal Pradesh
(c) Nagaland
(d) Sikkim
(e) Haryana

20) The Nokrek NAtional Park is located in which of the following states of India?
(a) Meghalaya
(b) Mizoram
(c) Manipur
(d) Assam
(e) Arunachal Pradesh

21) “The name you can bank upon” is the tagline of which of the public sector banks?
(a) Dena Bank
(b) Bank of Baroda
(c) Punjab National Bank
(d) Central Bank of India
(e) Corporation Bank

22) The ISRO launched PSLV C-38 rocket from Sriharikota, Andhra Pradesh recently along with 30 co-passenger satellites the main payload of the rocket, India’s ‘eye in the sky’ was
(a) Cartosat-2E
(b) Acrobat
(c) South Asia Satellite
(d) IRNSS-1G
(e) GSAT-15

24) The EPFO has signed pacts with four private and one public sector bank for collection of PF dues and making payments. Which of the following is not among the five banks?
(a) Kotak Mahindra Bank
(b) Axis Bank
(c) ICICI Bank
(d) State Bank of India
(e) HDFC Bank

26) The NITI Aayog has chosen the CSIR center for Cellulor and Molecular Biology for hosting the Rs. 10 Crore Atal Incubation center for bio-technology start ups.The CCMB is based in
(a) Chennai
(b) Bangalore
(c) Bhopal
(d) Hyderabad
(e) Kochi

30) The World Bank’s Board of Executive Directors recently approved a loan assistance of USD 44 million for the state public finance institutional reforms of the project of the state of ..
(a) Assam.
(b) Arunachal Pradesh
(c) Andhra Pradesh
(d) Kerala
(e) Karnataka

31) Which is the first company to face bancruptacy proceedings under the new bancruptacy law?
(a) DLF
(b) Unitech
(c) Jyoti Structures…
(d) Raheja Developers
(e) Century 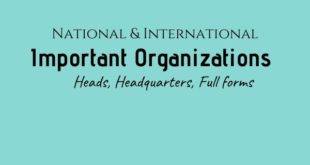