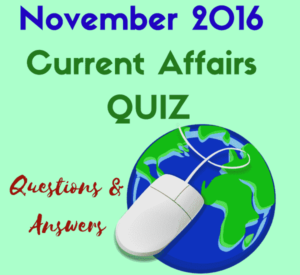 Name the nuclear-capable missile which has been successfully testing fired by India from the test range of Chandipur?
Prithvi-II.
Who was conferred with International Peace Prize for his efforts in ensuring world peace?
Sri Sri Ravishankar.

Who is the newly appointed CEO of SBM (State Bank of Mauritius) having branches in Mumbai, Chennai, Hyderabad and Ramachandrapuram?
Siby Sebastian.

Who has been appointed as MD & CEO of Catholic Syrian Bank?
CVR Rajendran.

Name the person who did the world`s first artificial heart transplant surgery? He passed away recently at the age of 96.
Denton Cooley (Heart Surgeon).

Which IT company has been awarded ‘Digital Innovator of the Year’in San Francisco, California?
TCS (Tata Consultancy Services).

Which day is observed as Universal Children’s Day ?
20th November.

Who was recently elected as the president of FICCI for the year 2017?
Pankaj Patel.

FICCI – Federation of Indian Chambers of Commerce and Industry

Mangalampalli Balamuralikrishna has died on 22nd November 2016. He is the well known ________.
Legendary vocalist, playback singer, and composer. 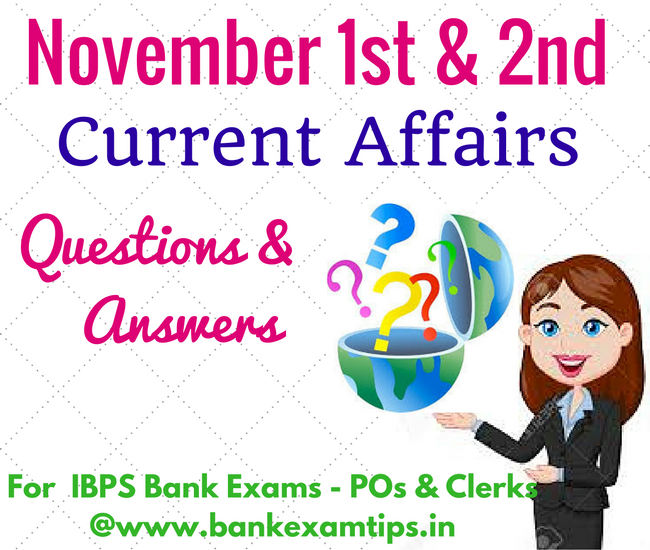